Hi, I’m Nikki. I am the Colleague Engagement Executive for UKi Operations and also one of the Be You @ Bupa Network Leads. I have proudly worked for Bupa for 14 years. 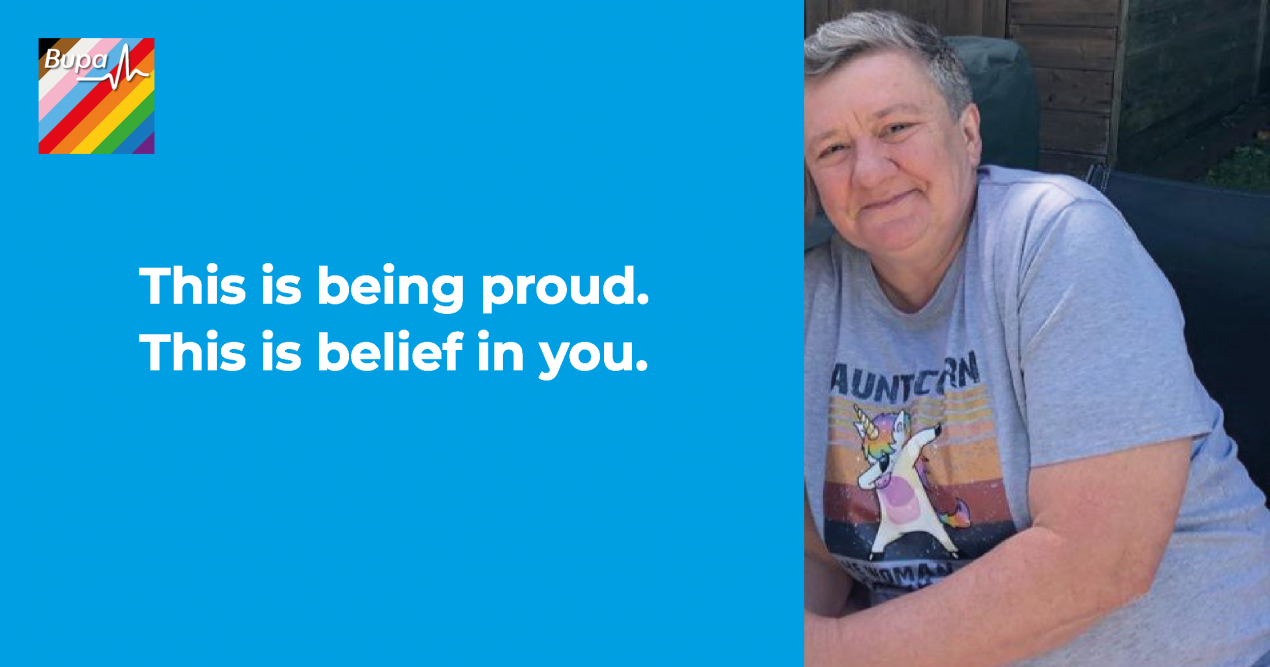 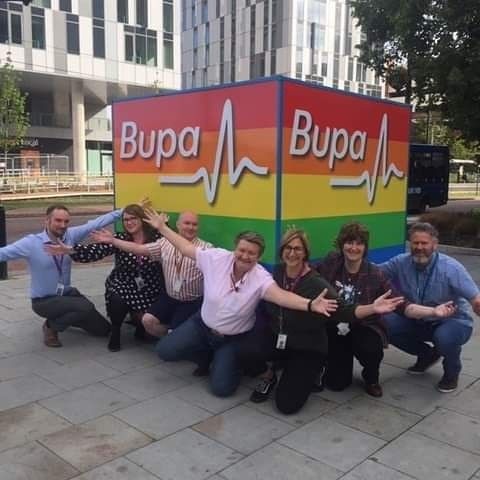 So tell us a bit
about yourself?

I am 52, although I tend to say I am going to celebrate the 31st Anniversary of my 21st!

I am a Londoner at heart but grew up in a little village in Bedfordshire called Marston Moreteyne. Marston was basically unheard of until last year, when Captain Sir Tom walked his epic walk.

I guess I didn’t really ‘become me’ until I was 30 when, after a lot of soul searching, I knew that I couldn’t carry on living a lie. I know back then in 2000, being gay just wasn’t ‘the right thing’ to do. In 1994 I had married a man, who is now happily married to one of my dearest friends, and I know I hurt him, but I think I would have hurt him and me more by staying with him.

I lived in Israel for 6 years with him and also in America for a year, and I have so much to be thankful for, and so much to thank him for. Since then I’ve lived in Manchester for 16 years, and I have a wonderful set of friends. My partner of 10 years works for the NHS and I am incredibly proud of everything she and her colleagues have done for us.

Why is it important to recognise
LGBT+ Pride month?

I always like to call us a community, and when I speak of the community, I get really passionate about it all. We’ve come a long way to be where we are now, but we still have so much to learn and to do.

Unfortunately you can’t change everyone’s view, but if I could change one person’s opinion around by talking openly about my own struggles as a lesbian, then surely that’s a good thing?

The first ‘LGBT’ female I saw on TV was Ellen DeGeneres, the ‘Coming Out’ Episode of her sitcom Ellen always sticks in my mind. When Ellen came out as gay on the show's April 30, 1997 episode, it sent shockwaves through the television industry. Up to that point, only a handful of gay characters had been seen on television. In addition to her character coming out in the episode, Ellen also publicly shared that she was gay.

To say that it nearly wrecked her career was an understatement.

One of the episodes switched the world around, where it was ‘normal’ to be LGBT but against the law to be ‘straight.’ I guess this episode stayed with me, as I often refer to it when I am trying to explain the differences and the micro aggressions we get:

‘So, who’s the man in the relationship’

‘do you both do the housework?’

‘I guess in your world, you must know a lot of gay people’

Just those four lines… that’s why we need LGBT+ Pride Month, to raise awareness, to improve understanding, and to stop the misunderstanding. It’s not OK to be spat at, sworn at or screamed at just for holding your partner’s hand. 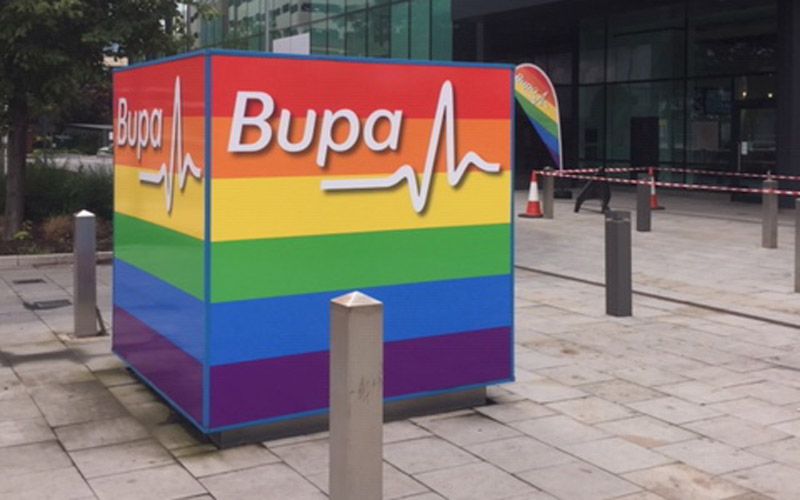 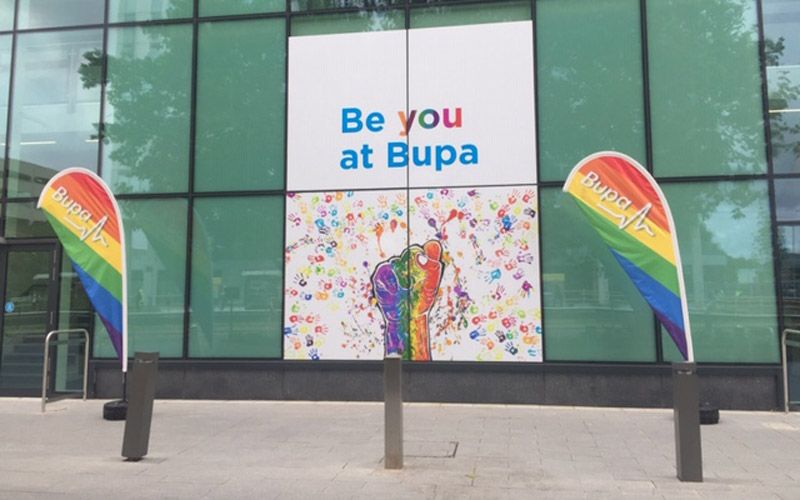 I think in the last 4 years Bupa has grown in stature of their understanding of the community. We have been extremely fortunate to have so much help and understanding from (previous CEO) David Hynam, and his legacy will carry on as we have built a solid base for everyone and that will only get stronger in time.

I have been one of the organisers for Bupa entering the Manchester Pride Parade for the last 3 years, and to hear the crowd and the 100 + employees all shouting ‘Be You At Bupa’ – I mean why wouldn’t you feel pride for the company you work for?

We still have so much to learn and to do. The journey hasn’t always been easy, but being gay isn’t something to be ashamed of and shouldn’t stop us being us, we shouldn’t need to hide in so-called closets, we shouldn’t feel that we can’t be open about our gender or our sexuality. Bupa helps us be us – after all, the most important thing is Being You.

Didn’t find what you’re
looking for?